Among the character-driven children’s books being created today, one of my very favorites is Skippyjon Jones, the irrepressible Siamese kitty who insists that he’s a Chihuahua.  His rampant imagination and hankering for adventure get him into a wild variety of troubles, the world he inhabits is an explosion of colors.  The walls of his room are a mess of Skippiti graffiti, and the soundtrack of his life an effervescent fizz of pidgin Spanish.

I’m very happy to have the creator of Skippyjon Jones and many other funny and heartwarming books, chiming in on this blog today—the wonderful Judy Schachner, whose imagination must surely be as rampant as her kitty protagonist’s. And I suspect that Judy’s answer to this blog’s question to its writer/illustrator guests, “Who’s your favorite character in children’s literature, and why?” will surprise you. (And on a personal note:  if you’re a cat person and haven’t read her Oct. 2013 release Bits & Pieces yet, run to the bookstore!).

Judy Schachner:  Those who know me well understand that I have been and always will be a cat lover.  It’s not for nothing that I have written and illustrated 14 picture books based on my very own Siamese children alone. My cats have occupied chairs and beds and laps in just about every darn book I’ve had my paws on. So if you were a gambling sort, you might place a bet on the hunch that I would pick a feline as one of my all time favorite characters in children’s books but darlin’ you’d be wrong.

“It was in May, 1918, that a new friend and companion came into my life: a character, a personality, and a ring tailed wonder. He weighed less than one pound when I discovered him, a furry ball of utter dependence and awakening curiosity.” 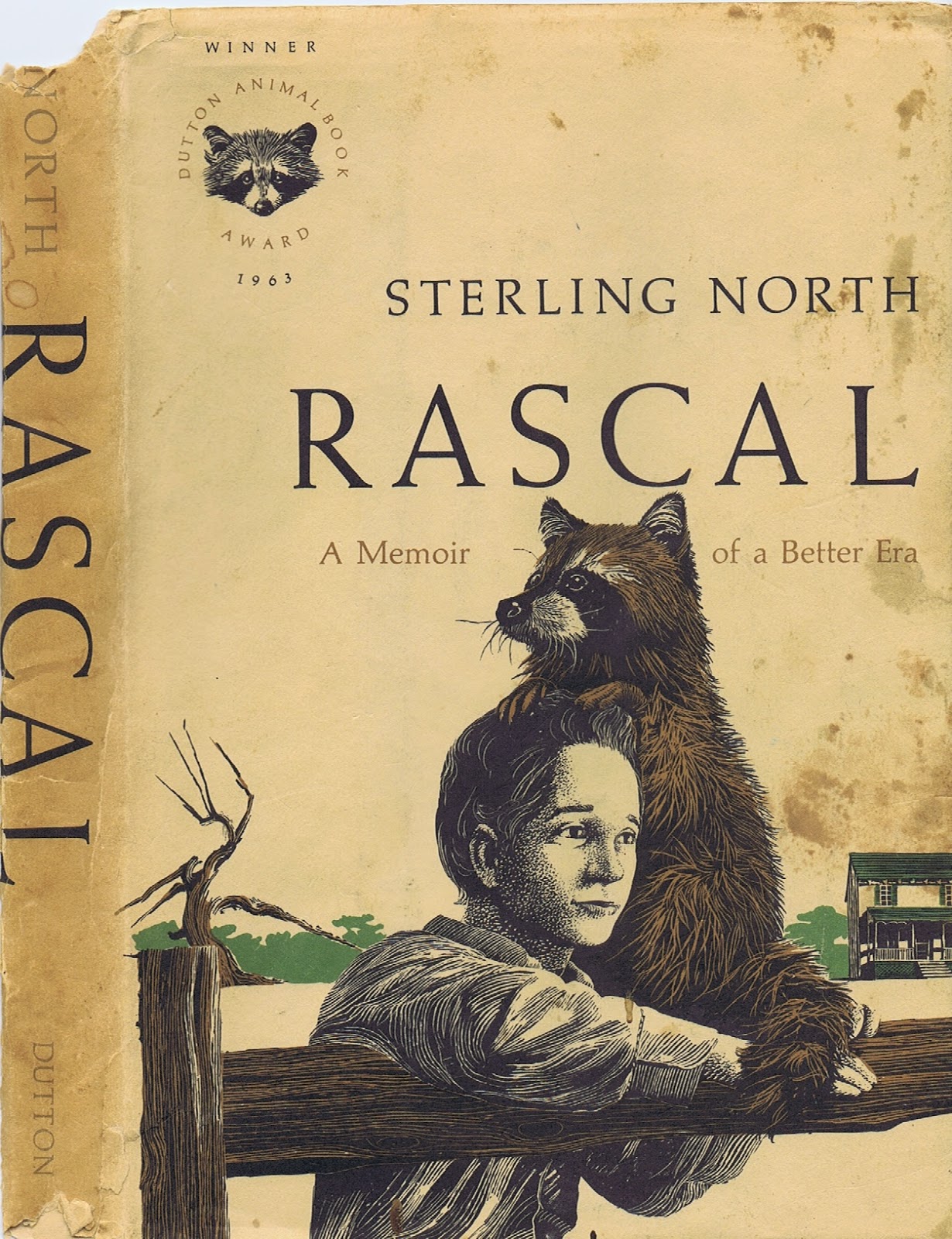 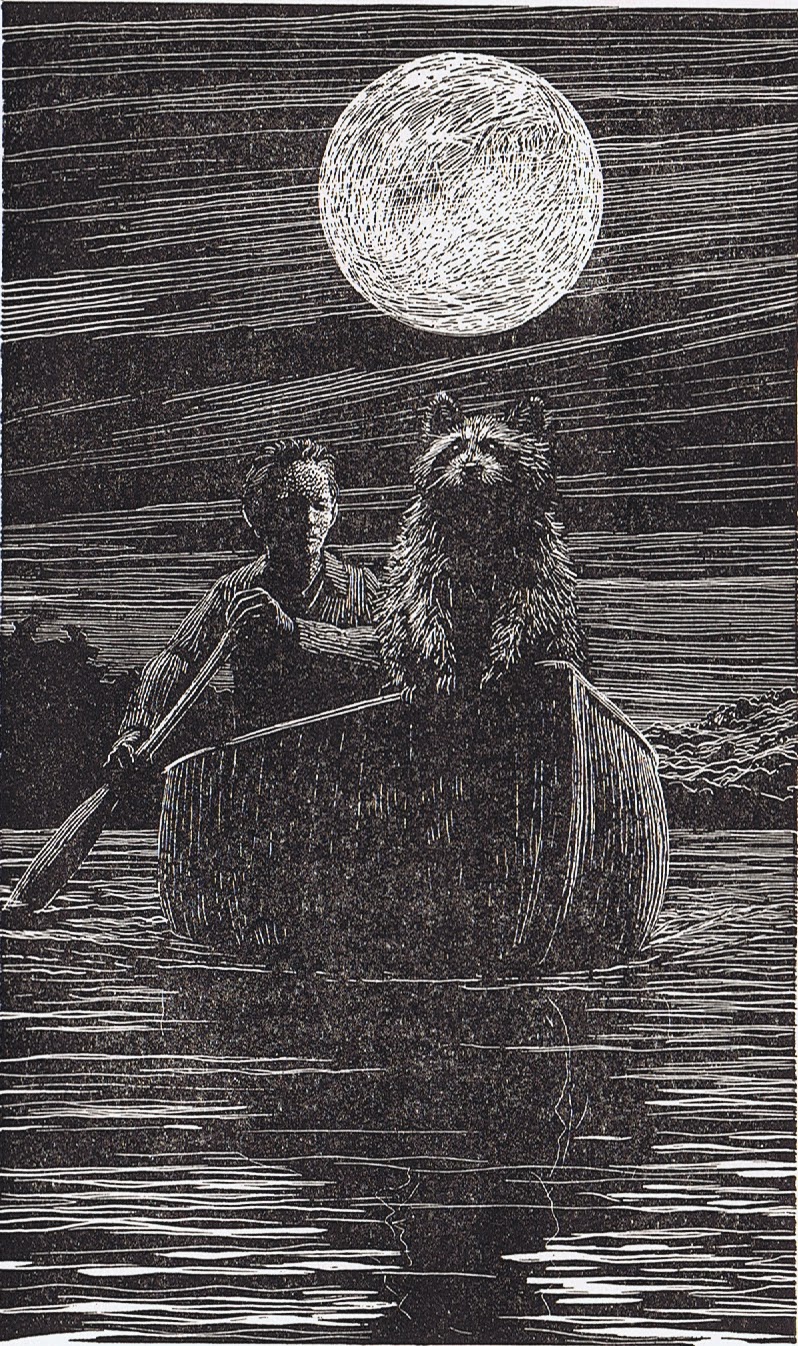 So begins the tale of RASCAL, the endearing story of a motherless boy and his foundling pet raccoon. The boy was the author himself, Sterling North. It was published in 1963 when I was twelve years old and feeling the uncertainty of a world that would soon claim my own mother’s life.  I never had a pet raccoon, but at around the same age as author Sterling North was when he found his beloved Rascal, I was given a Siamese kitten (a close approximation if you ask me) by my oldest brother Ted. Never doubt the healing powers of critters.


In answering this question about “one’s favorite character” in children’s literature, I was delighted to revisit the world of Boy North and the hilarious antics of his adorable pet. But more importantly, I was grateful to be reminded of what I loved most about this book… the seamless blending of heart and humor that to this day still moves me. With a few minor changes the author could have been writing about me at the same age… 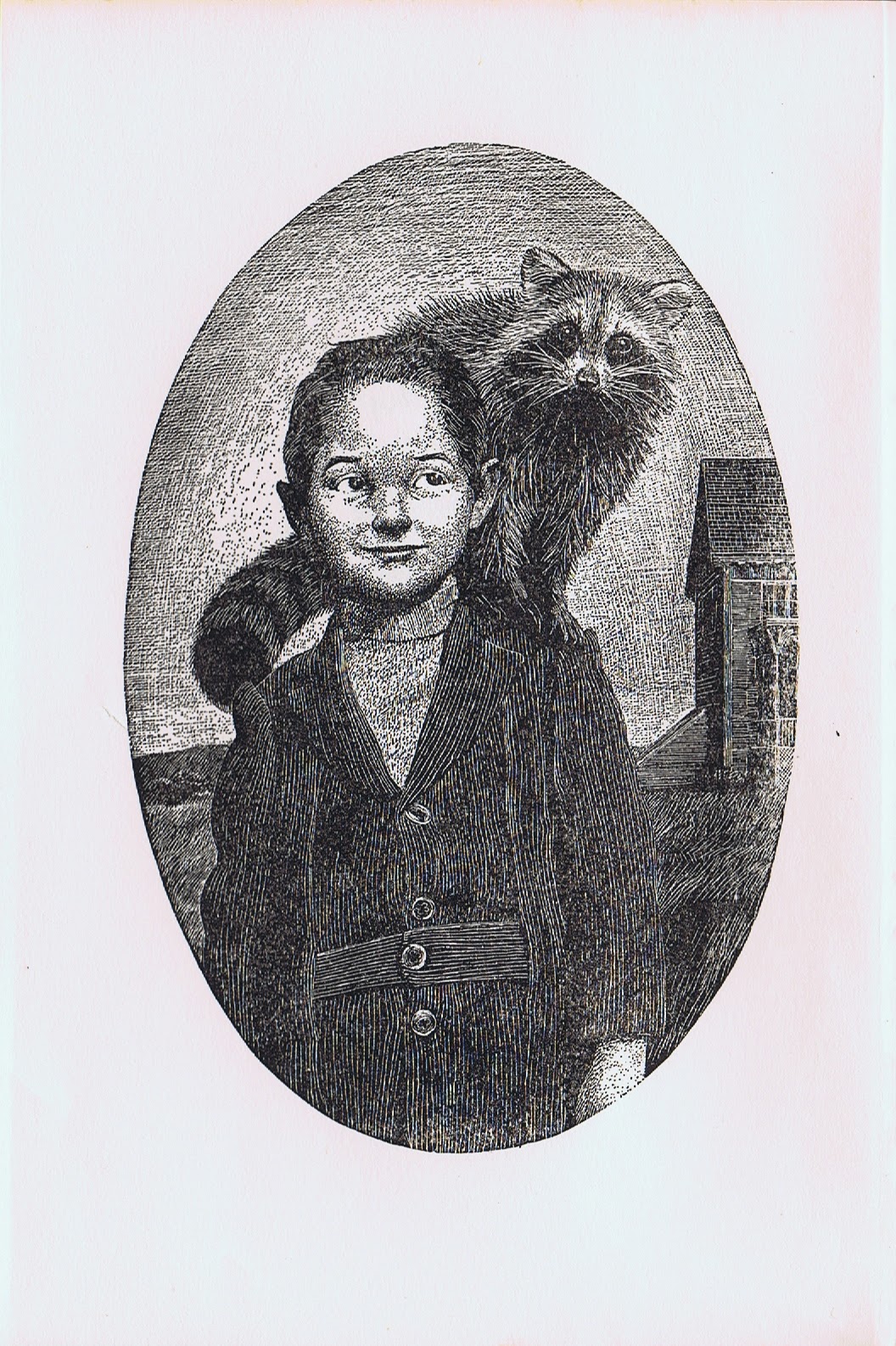 “Often the only occupant of our ten-room house was an eleven year old boy working on his canoe in the living room and thinking  “long, long thoughts.”
…I asked myself how God could be all knowing, all-powerful, and all merciful and still allow so much suffering in the world. In particular how could he have taken my gifted and gentle mother when she was only 47 years old?”

My mother was just 47 when I read these words…she would die 2 years later. So yeah, that day Boy North became my hero because he had made it to the other side of loss and he had made it with the help of a raccoon. 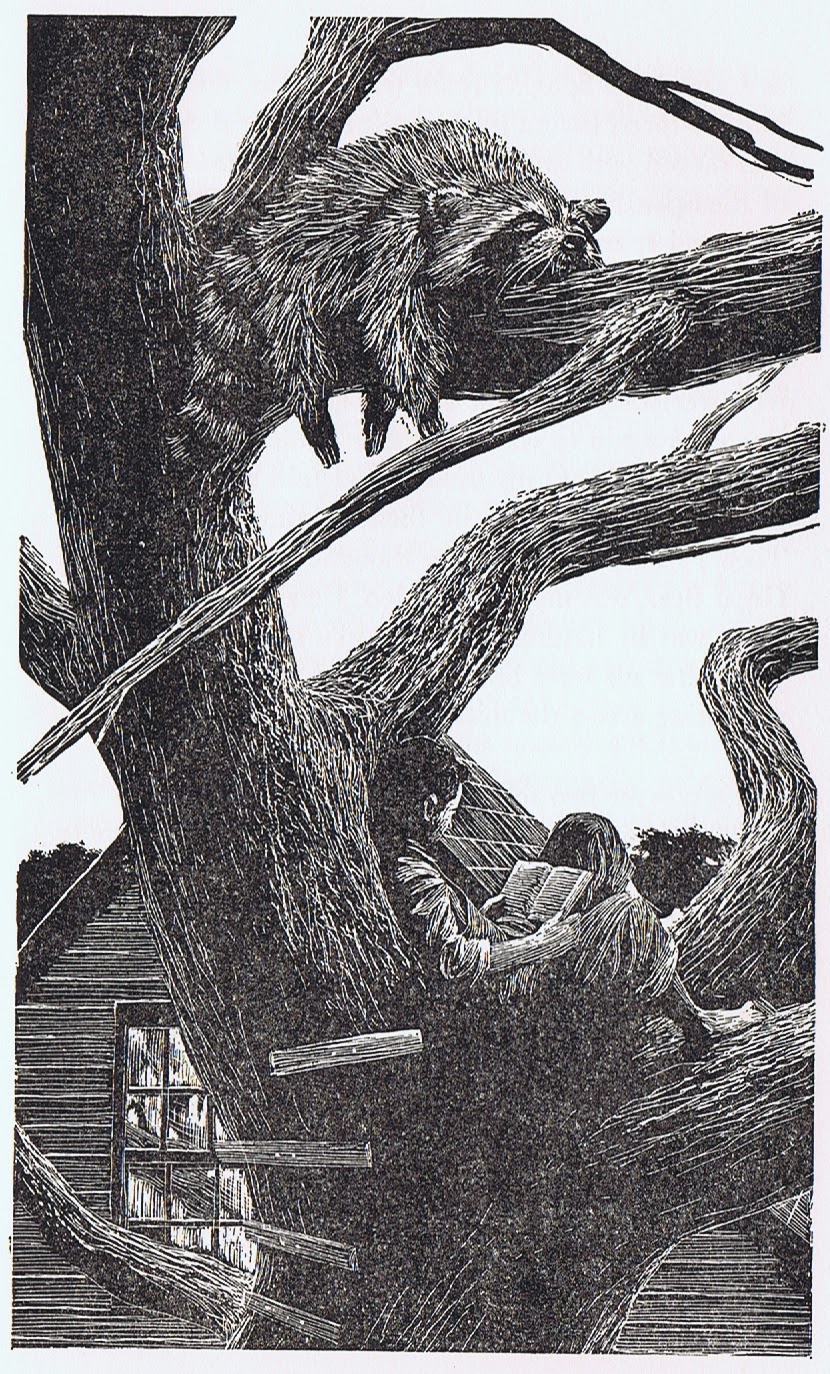 “Several nights later I was startled and delighted to hear Rascal’s trill from the pillow beside me, then to feel his little hands working all over my face. My raccoon baby had climbed from his hole, opened the back screen door, and with eyes that could see in the dark made his way to my bed. “

The starkly beautiful scratchboard illustrations in this book were by John Schoenherr. He would later go on to win the Caldecott award for OWL MOON by Jane Yolen. I thought it best to let the art speak for itself…except to say that John Schoenherr’s depictions of Rascal remain to this day some of my very favorite illustrations in all of children’s literature. The man gets raccoons…just say’n.


Judy Schachner was born into an Irish Catholic working class family from New England.  Money was as tight as their apartment was tiny, and though she may not have had the easiest of childhoods, she credits her imagination with helping her survive it.

She can't ever remember a time when she was not drawing and like most budding artists she doodled on everything, including her father’s bald head.  She drew herself into stories where she was the smartest in her class and into a family where mothers lived to be a ripe old age.  In many ways, Judy feels that her own life has resembled the fairy tales she loved reading as a child, complete with a happy ending.  And the best part of this author/illustrator’s story?  She married a prince of a guy and they had two beautiful daughters and just like the mothers in her earliest tales, she plans on living to a ripe old age.

Described by the New York Times as “…something like the James Joyce for the elementary school–set,” Judy Schachner is the #1 NY Times Best Selling Author/Illustrator of over 23 books for children including Bits & Pieces, the Skippyjon Jones series, Yo Vikings, The Grannyman and Willy and May.  She has won many awards, including the first E. B. White Read Aloud Award.


To learn more about Judy Schachner and her work, visit her website.
Posted by Brian Lies at 6:00 AM