My guest here today is Daniel Kirk, illustrator of more than thirty books and author of most of those, including his perennial favorite Library Mouse series.  Daniel is a polymath; he's artist, author, musician, entertainer.  As he says on his website, "I like to make kids smile.  I like to write things that are funny, and quirky, and bring fantasies to life."  And he does all of the above.  Here, he answers the Midweek Musings question:  Who is one of your favorite children's literature characters, and why?  And he answers the question with a small twist, as Julie Danielson did in her February 26th post. 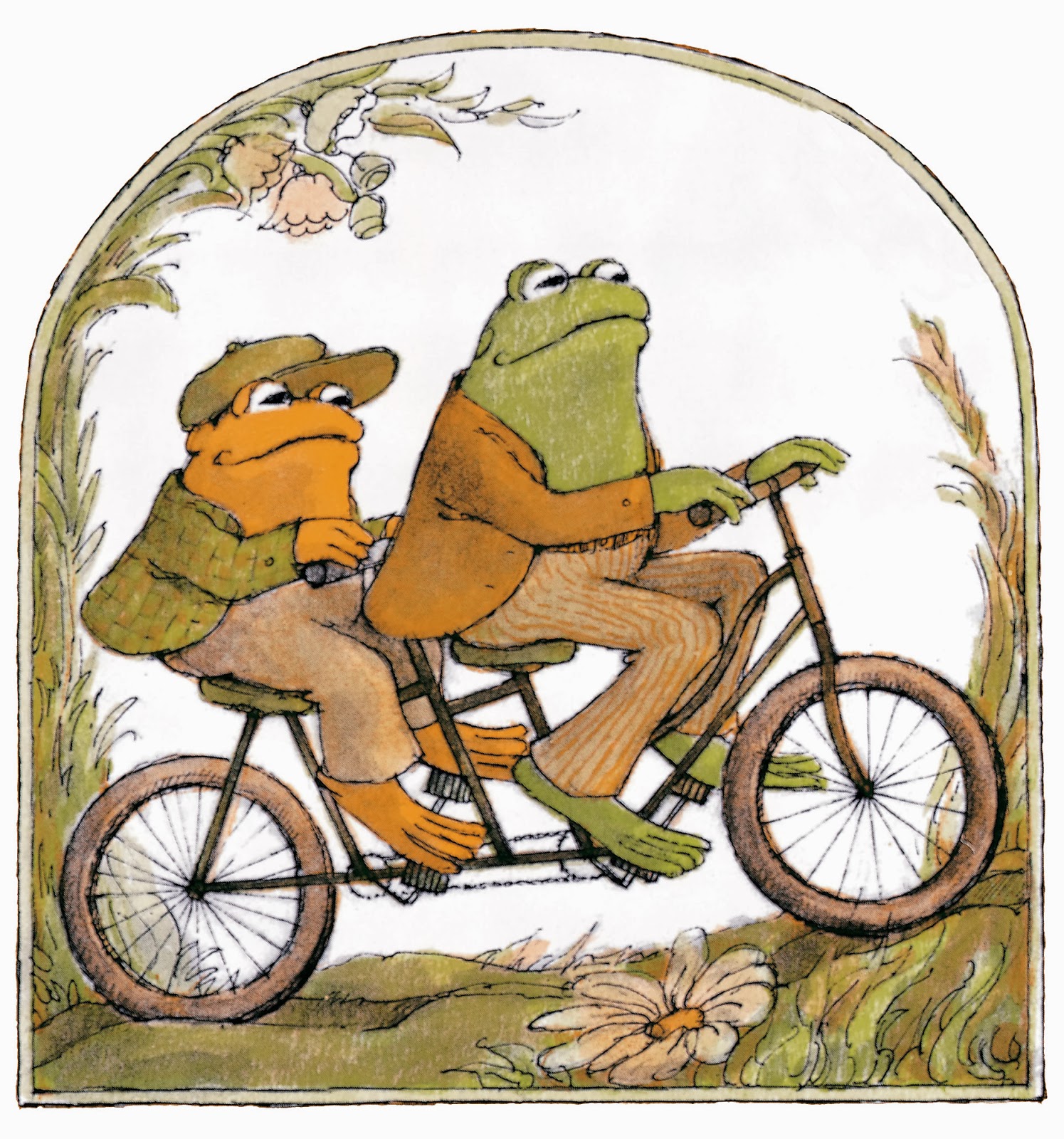 As characters, Frog and Toad are cheerful, well-intended and good-natured. But every “I Can Read” story reveals the ways these two little amphibians are flawed—and their limitations make them all the more endearing. For instance, in a story called “The List,” Toad makes a “to-do” list for the day, and is very happy to cross things off his list once they have been accomplished. But when a passing breeze blows his list away, and he and Frog are helpless to find it, Toad grows despondent. Only when night falls, and he remembers the last item on his list is to “go to sleep,” is he contented once again. 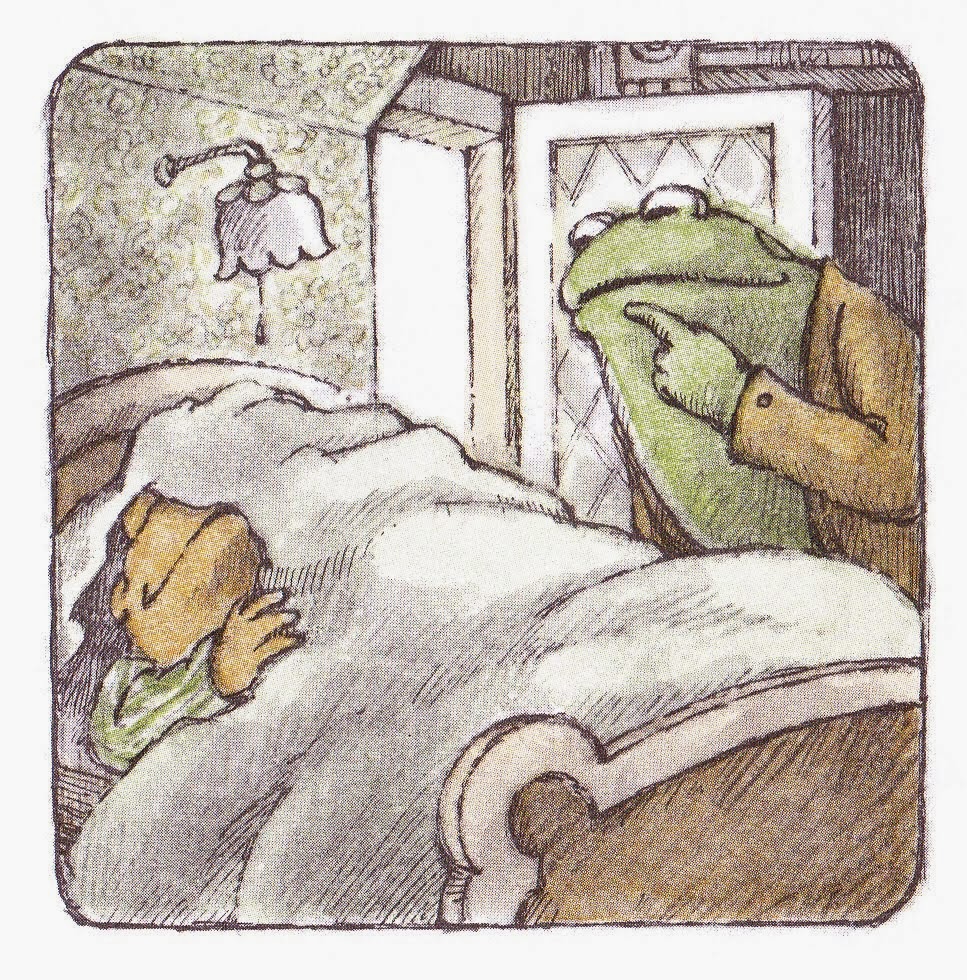 In “The Garden,” Toad works very hard to make some seeds grow in his back yard. He reads stories and poems to his seeds, and plays music for them. Finally his seeds grow, and he is exhausted but happy. Frog and Toad seem to be adult animals, living in their separate houses, with no relatives or other neighbors in site. And yet, though they want to be logical and rational, they often think and behave like small children. Their efforts to be grown-up don’t always work out the way they intended. I think that is what makes me like them so much!

The artwork in the Frog and Toad books is very simple. This is another way that I have learned to appreciate them more with time. When I started making my own illustrated books, I wanted the illustrations to look like artwork. I wanted each picture to stand alone as a piece that one could frame and hang on the wall. It took me a long time to learn that each illustration in a picturebook is just a part of the whole, and that the entire book is supposed to be the work of art, and not the individual picture…The pictures are meant to work together to tell the story. 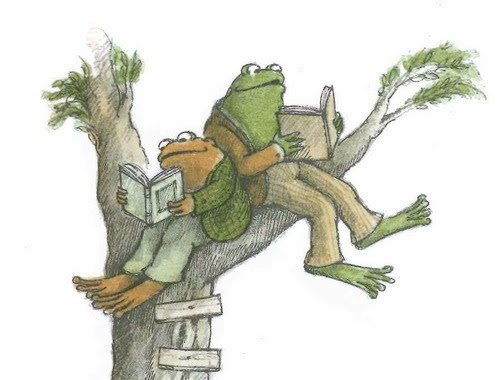 Frog and Toad books are “I Can Read” books, with a lot of small “spot” art that fits in among blocks of text. Full-page illustrations are few and far between, surrounded by a lot of white space, and often a few lines of the story. Most of the pictures are just simple images of the characters against a vague, soft background. The artwork has only a few colors—green, brown, and a few shades of gray and black. They often look like they were drawn pretty quickly, with just enough detail to give an impression of a place, and no more. And this is something else I appreciate about the books—they have an economy, a simplicity, that leaves a lot of room for the reader’s imagination to fill in. This isn’t just true of the art; the plain-spoken simplicity is the writing style, too. 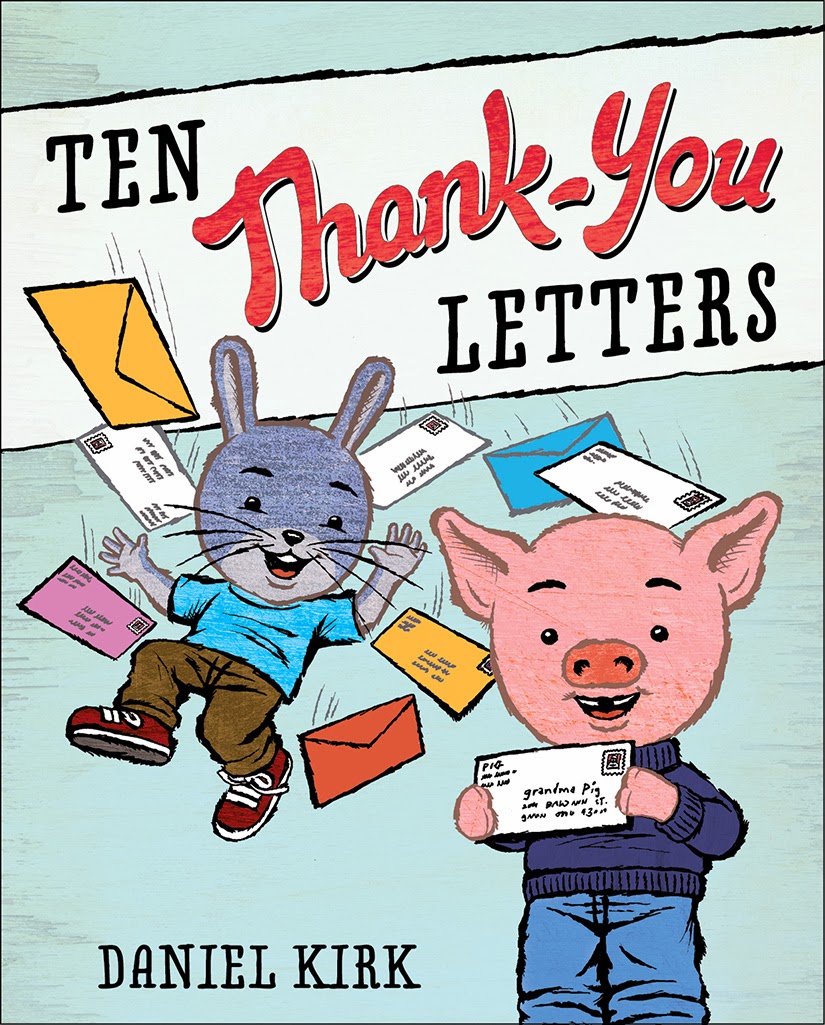 Authors who wrote for the “I Can Read” series were limited to certain words that would match a young reader’s vocabulary, without trying to stretch it too much. If you were given a hundred simple words, and told to write a story, those restrictions would force you to write differently than if you could use any words you chose. In the characters, the art and the language, Arnold Lobel chose to keep things simple, direct and straightforward…while suggesting something far richer and complex.
I find that in reading these books I am always struck by the feeling of peace and contentment I get from the experience. It’s like sipping from a glass of cool water, or feeling a breeze on my cheek on a summer’s day. And the older I get, the more I appreciate the feeling. Lobel wasn’t just writing for little children, he was writing about and for all of us, with a kind and forgiving heart, a warm sense of humor and the artistic and literary touch of a true master. 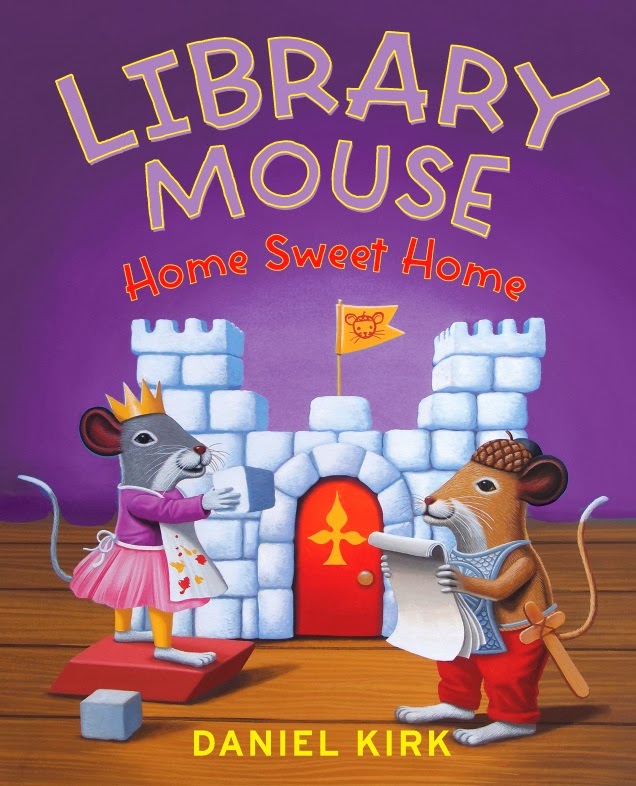 Daniel Kirk is the author/illustrator of over thirty-five books for children, including the popular Library Mouse series. His next two published books, coming out later in 2014, are You Are Not My Friend (But I Miss You), from Abrams Books, and Ten Thank You Letters  from Nancy Paulsen Books. Learn more about Daniel Kirk’s work at www.danielkirk.com