So, it's Friday, and here's the intrepid explorer, Vasco da Pollo.  I like how he turned out. 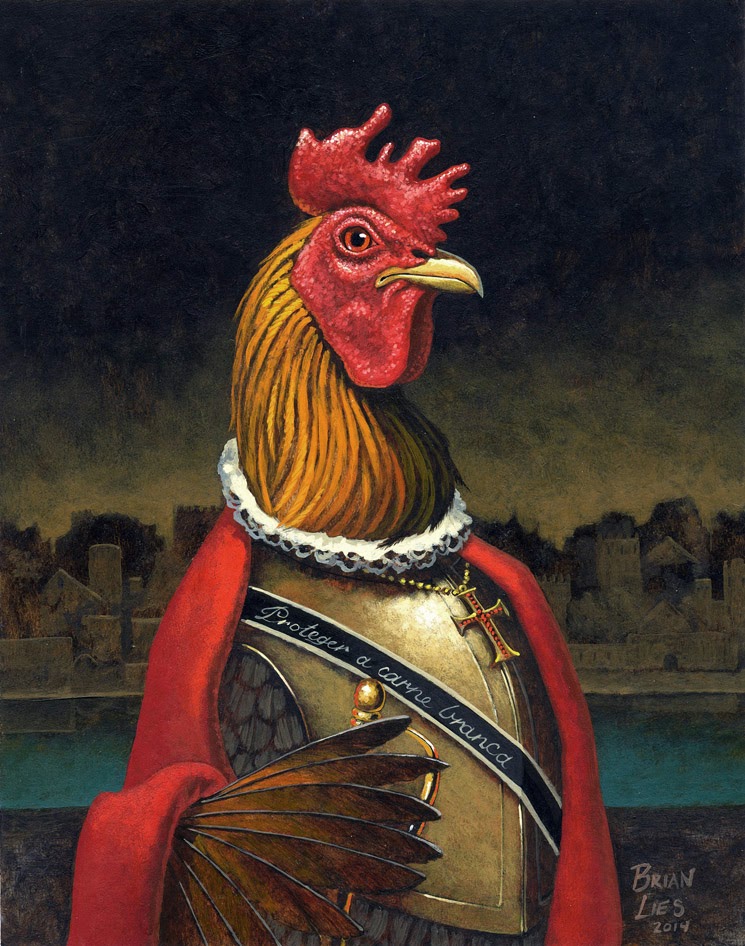 It's funny how the mind brings up ideas when you're not expecting it to—as I worked on the finish for this bird, it occurred to me that the best chicken explorer name of all (see "Vasco da Llama," in my last post) would have been. . . Marco Pollo.

But I was already underway with this sketch, and with a color scheme in mind, and so I continued.  Maybe farther down the line, Marco Pollo will appear as one of these pieces.

I was interested in doing a very tonal background, with the suggestion of a city, as you often see in early paintings or prints.  If this were for a book, I'd have taken the time to do the research on a city in India which da Gama might have visited, and shown that city as the background.  Here, I just suggested the buildings.

I also remembered that da Gama was Portuguese, not Spanish, so the motto on his sash now reads:  Proteger a carne branca (see the previous post for more on this).

As with the last piece I did for this blog, this original painting of Vasco da Pollo was auctioned on eBay.

Here are some process images for this piece:

1) roughing in color washes in acrylic over the sketch on paper.  In this case, I printed out a copy of the sketch, glued it onto Strathmore 500 Series board, and painted directly on the printout. 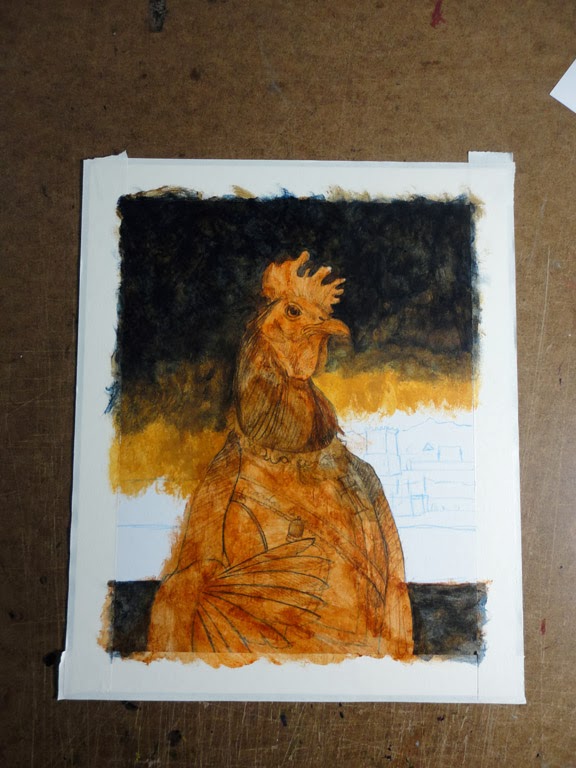 3)  Closeup of his head.  At this point, I was happy with how his comb was popping against the background tone.  You can see I've laid in some tones in the eye to give it a little dimension and personality. 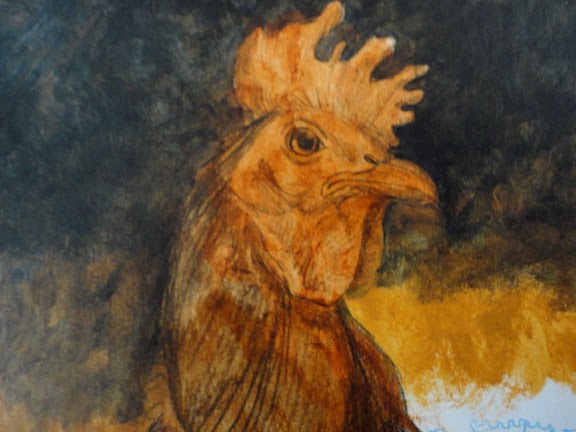 4)  Background complete.  Trying to keep it a suggestion, rather than a tight rendering.  It's there for "flavoring" only. 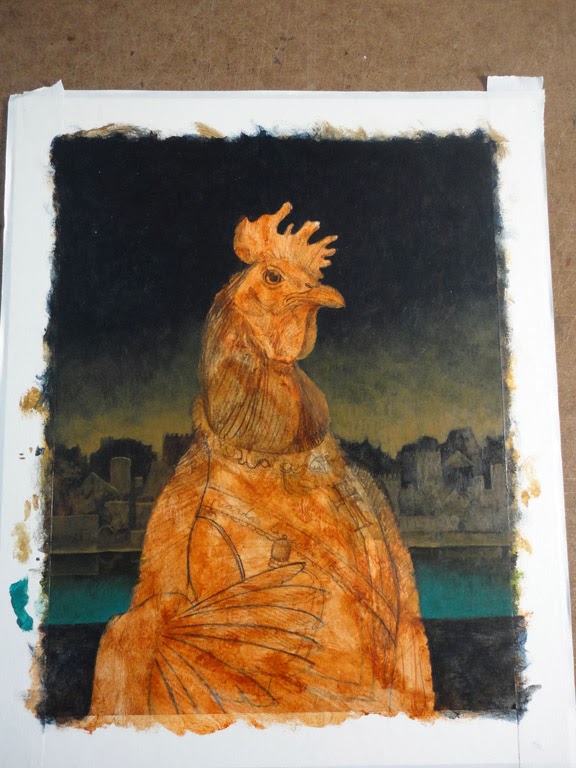 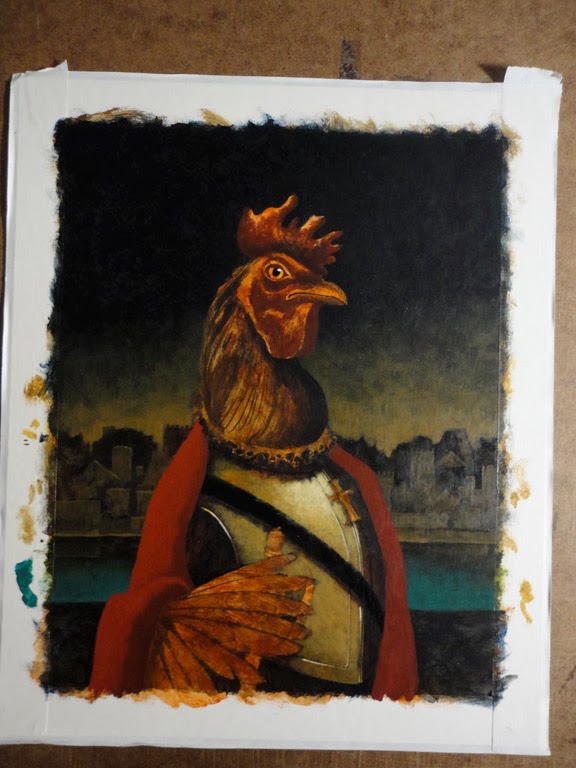